‘No question about it, there are two little purple lines. I’m pregnant.’

After eight years together, Lil Bailey thought she’d already found ‘the one’ – that is, until he dumped her for a blonde twenty-something colleague. So she does what any self-respecting singleton would do: swipes right, puts on her best bra and finds herself on a first date with a handsome mountaineer called Max. What’s the worst that can happen?

Well it’s pretty bad actually. First Max ghosts her and then, after weeing on a stick (but mostly her hands), a few weeks later Lil discovers she’s pregnant. She’s single, thirty-one and living in a thimble-sized flat in London, it’s hardly the happily-ever-after she was looking for.

Lil’s ready to do the baby-thing on her own – it can’t be that hard, right? But she should probably tell Max, if she can track him down. Surely he’s not that Max, the highly eligible, headline-grabbing son of Lord and Lady Rushbrooke, currently trekking up a mountain in South Asia? Oh, maybe he wasn’t ignoring Lil after all…

Firstly a big thanks to publishers for my copy to review. I loved her debut so was thrilled to recieve this.

This was my 5th read on holiday and it was perfect. So funny, fresh witty ,Naughty humour.

Real characters you can relate to esp lil. Heartwarming escapism.Would love a sequel to know what happened next?

Published 22nd August and do check out the other blogs taking part. 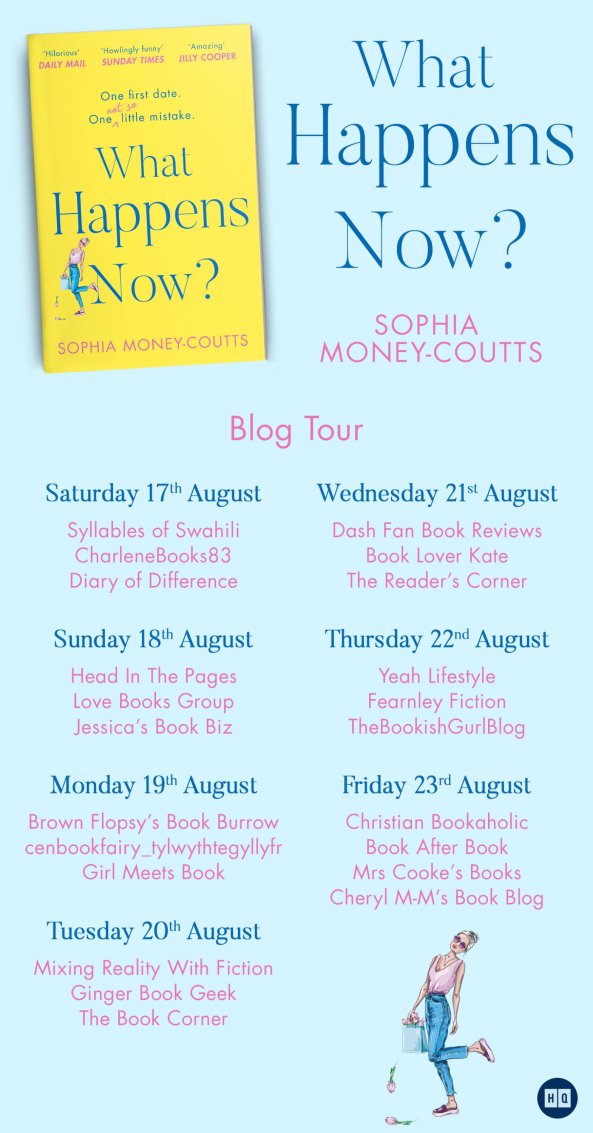