Firstly a big thank you to the Avon team for my copy and having me on the tour.

I haven’t read any of this authors books but I know Avon never disappoint .

This had me hooked instantly as it is straight to the action !

This as a mum is my worst nightmare and I can only imagine the frustration and anger Sarah was feeling having to both be parent and cop in the case of her daughters abduction .

With twists and turns and an upredictable trail of events . This will have you on the  edge of your seat.

Do check out the other blogs taking part and read on for a sneak peek!

Sergeant Palmer stood on the other side of the room looking through the front window. I wondered fleetingly what was going on outside. Had the press turned up or were curious neighbours gathering to try to find out what was going on?

My watch told me it was three p.m. So surely the news had broken by now.

It was a wretched thought that seven hours had passed since Molly was abducted. I had no idea what was happening to her and it was killing me. Was she being fed? Given drinks? Was

her nappy being changed? Was she being spoken to or ignored? Was she upset and confused?

I grabbed my phone and brought up the latest picture of Molly asleep in the cot. The thumb in her mouth. The pink pyjamas. The off-white sheet she was lying on. I wondered if she was awake now and if so whether she was calling for her mummy.

It was one of the few words she knew, along with cat, cuddle, bird, wow and no.

I loved it when she tried to speak. It was so cute and funny, especially when she struggled to explain what it was she wanted.

These past few months she had got so much better at communicating. At the same time, she’d become more of a handful. Throwing tantrums, refusing to sit quietly in her buggy, fussing over her food, waking up most mornings around five a.m. But it was all part of growing up and I’d embraced it, as mothers do. Not because I had no choice, but because it made me happy and proud and . . .

You’ll never touch or speak to her again. But you will see her grow up.

My blood turned cold at the prospect of never holding Molly in my arms again. Of never tucking her into her bed, of never wiping away her tears. And I couldn’t even imagine how painful it would be to be forced to watch from a distance as she grew from a toddler into a little girl. It would destroy me knowing that someone else was bringing her up.

I’d already had a taste of what it was going to be like if he carried out his threat to keep her while sending me photos and video clips. The two pictures I’d already received – of Molly sitting on the sofa and sleeping in the cot – had opened up wounds in my heart that would never be healed.

Jesus, it was all too much. I hunched forward, dropping my face into my cupped hands.

Suddenly Sergeant Palmer was leaning over me, a hand on my shoulder, telling me that she wished there was more she could do. But there wasn’t, not unless she could bring my daughter back to me.

I felt a sharp stab of fear and dread work its way under my ribs, and this was followed by a bolt of nausea that hit me hard.

And then the sound of my own voice, oddly unfamiliar.

‘I think I’m going to be sick again.’ 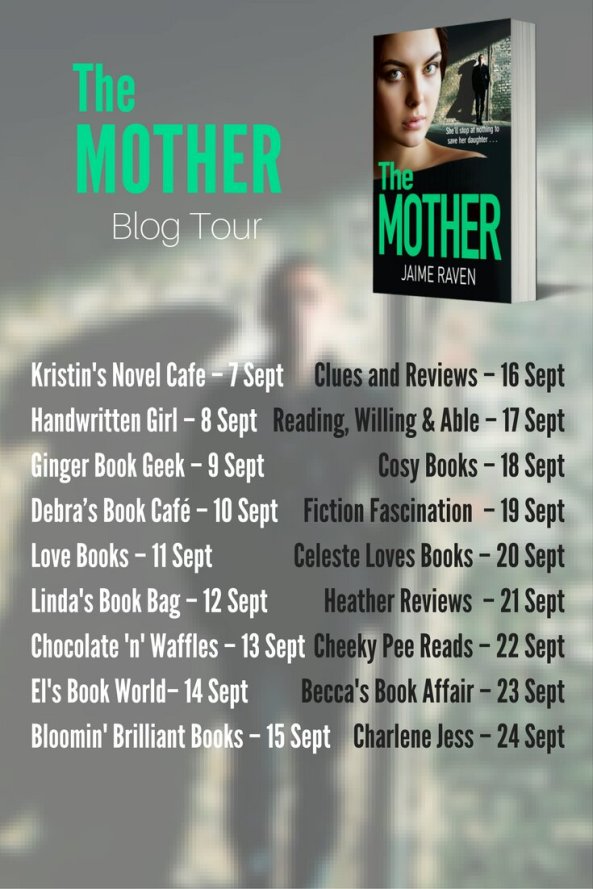 Single mom Kate O’Donnell is living her worst nightmare. Her young daughter, Clara, who has a medical condition that doesn’t allow her to be vaccinated, becomes critically ill when one of her classmates, Lauren-whose family chose not to vaccinate-contracts and spreads the virus. While Lauren has no trouble recovering from the disease, Clara’s condition worsens. With time spent by her daughter’s bedside, Kate loses her job and slides deeper into medical debt. But when another school parent points the blame at Lauren’s mother, Lucy, and the media begins an attack, we see two very different views on parenting and how badly things can spin out of control when all either of these two women wanted was to keep their daughters safe.

Firstly a huge thank you to the hq team for my proof copy.

I have enjoyed melissas books prior to this ,so was highly intrigued to hear she was branching out in a new direction . I was eager and excited to read keep you safe .

My verdict is a huge omg! Just wow this book is definitely one of my top reads of 2017

This is very controversial and will get its readers talking and debating which I think is the beauty of books. For me as a mum it was fascinating and insightful but also as a mum to 2 children on the autistic spectrum this was going to press some buttons .

You think you know where this storyline Is going then there’s a huge twist .

Many times I felt I was asking myself what would I do ? How would I feel and react?

Incredible book and I look forward to more in this genre from Melissa .

When Rosie Featherstone finds herself unexpectedly jobless, the offer to help her beloved Italian grandmother out at the Lemon Tree Cafe – a little slice of Italy nestled in the rolling hills of Derbyshire – feels like the perfect way to keep busy. Surrounded by the rich scent of espresso, delicious biscotti and juicy village gossip, Rosie soon finds herself falling for her new way of life. But she is haunted by a terrible secret, one that even the appearance of a handsome new face can’t quite help her move on from. Then disaster looms and the cafe’s fortunes are threatened . . . and Rosie discovers that hernonna has been hiding a dark past of her own. With surprises, betrayal and more than one secret brewing, can she find a way to save the Lemon Tree Cafe and help both herself and Nonna achieve the happy endings they deserve

I have read and loved each and every book of Cathys.  She is an exceptional writer and I will pick her books up without even needing to know title or blurb. You are guaranteed a fantastic uplifting read.

She has a way of writing characters you connect with straight away. Also characters that get right into your heart and will miss when finish their story .

This is a story of new beginnings , hope family and love . You will be cheering the characters on especially rosie . She has had a change of career and a change of heart when comes to love.  But things don’t always run smoothly and new challenges arise.

Family secrets threaten to disrupt everything rosie has known .

Just disappointed I’ve finished and need to wait for her next release.